Inerting is a relatively straightforward process that involves monitoring oxygen (O2) to ensure it is kept below a certain level. The acceptable level of O2 is dependent on the process, but is typically between 2-8%.

Usually, when the O2 monitoring system detects that the level has risen too high, it generates an alarm and an inert gas is pumped in to decrease the level again.

Adding an inert gas, most commonly nitrogen, dilutes and displaces the flammable vapors. The resultant mixture contains O2 at an insufficient concentration to support combustion, even if an ignition source is inadvertently introduced. 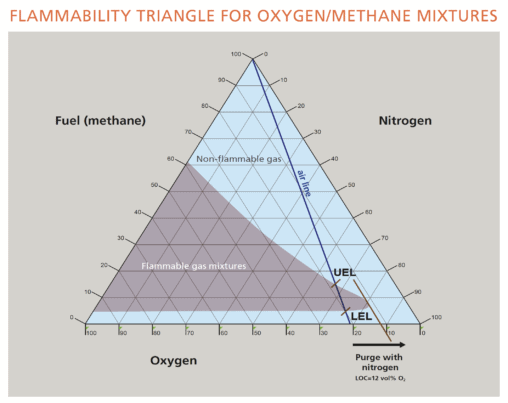 This inerting process is used in a multitude of applications across many industries, including pharmaceuticals, chemicals and petrochemicals, and is typically utilized to prevent explosions.

The common way of achieving this is to ensure the O2 level is too low to support the explosion. While most processes are unable to eliminate the presence of fuel sources, by limiting O2 levels it is possible to reduce or remove the possibility of an explosion occurring.

Historically, inerting processes are monitored using Paramagnetic technology, such as the Servomex-designed cell used in the SERVOTOUGH Oxy 1900. The Paramagnetic sensor is non-depleting and provides a fast response (less than five seconds) and is mostly unaffected by changes in background gases. 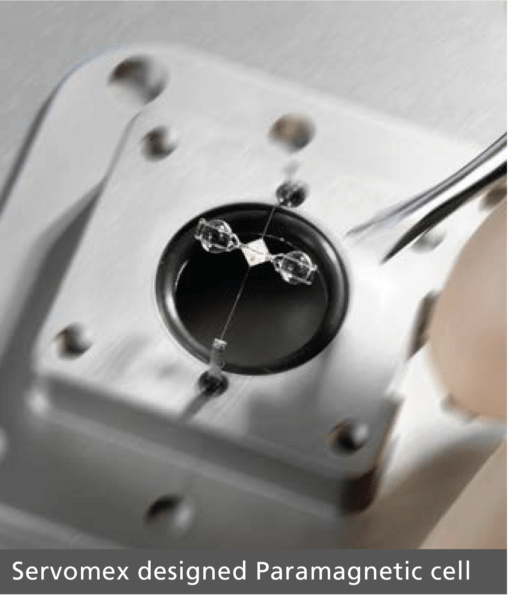 The Oxy 1900 is designed to handle samples with a high solvent content, and is extremely stable, typically requiring calibration only once every three months.

It is SIL 2 rated for safety systems, and can be used in Class I, Division 1 (IEC Zone 1) areas without the use of a purge. It can also be calibrated without needing a “hot work permit”. A rugged NEMA 4X enclosure protects the analyzer electronics from dusty and corrosive atmospheres.

The chief advantage of the Oxy 1900, and of Paramagnetic sensors in general, is that the measuring cell (since it is non-depleting) does not require scheduled replacement, unlike electrochemical sensors.
In the unlikely event that the measuring cell fails, the analyzer’s 4-20mA and alarm contact outputs can be configured to indicate the sensor failure. This is a fail-safe feature that allows the operator to have confidence that the cell is operating.

In contrast, electrochemical cells, because of their principle of operation, only produce a signal in the presence of O2.

If there is no signal, it means either that there is no O2 present in the sample, or the cell has failed.

This means an operator using an electrochemical cell may believe the process is operating under safe conditions, when that may not be the case.

The Oxy 1900 is a key component of Servomex’s oxygen monitoring system, which is used, for example, to control inerting in centrifuges.

The maximum O2 concentration levels are programmed by the customer. When these levels are reached, the relay contact opens and initiates the nitrogen purge until the O2 returns to below customer-set levels.

This not only assures safe operation, but also saves on nitrogen consumption, since the purge is only activated once the O2 levels become too high.

The sample-conditioning system is mounted just below the Oxy 1900 analyzer and offers a compact, flexible design with user and application-driven options. The entire system can be panel-mounted or installed in a NEMA 4X IP65 stainless steel enclosure.

The system provides pressure and flow control, as well as an optional flow alarm and calibration assembly. Depending on specific process conditions, filters for light particulates or condensed solvents can also be provided.

While Paramagnetic analyzers deliver an accurate O2 measurement for inerting, they also require a sampling system. For processes which require a faster speed of response, a Tunable Diode Laser (TDL) sensor provides an effective solution. 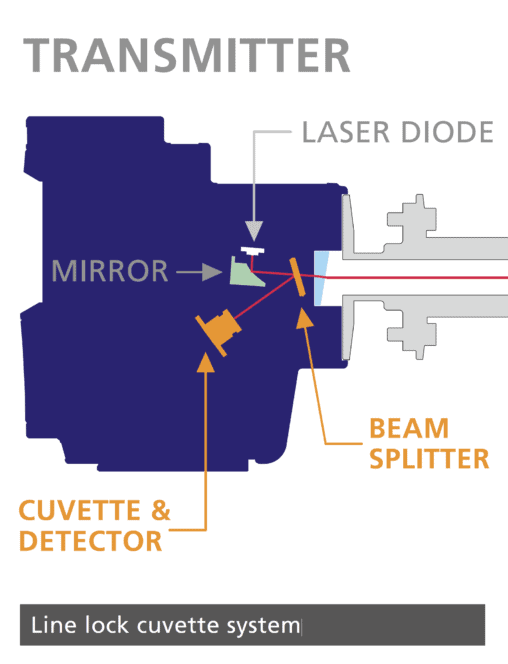 As an example, the SERVOTOUGH Laser 3 Plus TDL analyzer delivers proven results in monitoring O2 levels in the heat treatment furnaces required for catalyst generation.

Producing specialty catalysts is a time-consuming process that requires great care. The temperatures, pressures and composition of the samples lead to different catalysts with a variety of properties.

Heat treatment is a key factor in this process, which typically sees O2 levels change significantly.

The process begins with O2 at 21%, and at room temperature and pressure. It is then inerted with nitrogen to reduce O2 to less than 1%.

Heat is then applied to bring the process to about 580oC (1076oF) for approximately ten hours. During this time, it is important to keep the O2 level below 1%, with an acceptable accuracy of 0.1% O2, to ensure the correct conditioning.

The temperature is then reduced back to ambient, and O2 levels are raised back to that of the air.

Installing a Laser 3 Plus Process analyzer across the top of the reactor provides a direct measurement of O2, with a speed of response of only a few seconds. In addition, no sampling system is required, so ongoing maintenance costs are lower.

As the TDL sensor is a light-based, non-contact solution, it is unaffected by the hydrocarbons given off by the process, unlike the older Zirconia-based solutions used previously.

The Laser 3 Plus analyzer is SIL 2 rated for safety compliance. It also has a line lock cuvette system to ensure reliable measurements.

For the Laser 3 Plus Process, the cuvette is filled with oxygen, so the secondary detector always has an O2 reading to sense. This prevents the main detector from drifting to measure another gas, even if the O2 measurement is zero.

When monitoring O2 at such low levels, this reliability is essential to provide a stable, correct reading.

The line lock system does not require any maintenance, and has built-in diagnostics to monitor the concentration within the cuvette.

The Laser 3 Plus Process Tunable Diode Laser (TDL) analyzer provides all the benefits of Servomex’s TDL Absorption Spectroscopy technology in a small, light unit, offering unparalleled installation flexibility plus cost and performance benefits. It is optimized for the fast, accurate and responsive measurement of process oxygen (O2) in hot or hazardous conditions.

Whatever the size of your project, we put you and your process requirements first.